Is it worth spending money to buy this iPod Touch? Let’s find out more about the features and updates of the iPod Touch 7.

When you take a new iPod out of the box, its tiny size immediately catches your eye. However, the size of the device is similar to that of the 2012 model. The new iPod is also equipped with an all-metal body.

There are no special changes in the body and connectors of the new item. Everything is about the same as in the 2012 model. However, some design developments have been implemented: the designers used new colors, and the player has no a belt clip.

The iPod is now available in dark gray, gold, pink, silver, and blue.

The design of the player and the new colors makes a rather pleasant impression.

The display of the new product, according to the manufacturer, is identical to the displays of the previous generation gadget and iPhone 5S. The outer surface of the display has the appearance of a smooth plate of special glass, which is highly resistant to scratches.

The doubling of objects reflected in the display of the new iPod Touch is weak. The device does not have automatic brightness adjustment.

The display has good viewing angles without significant color shifts. Color rendition and saturation are high. At the same time, colors have a natural hue.

For use in the dark, you can set a comfortable brightness, and the lack of flicker will not adversely affect the eyes. The quality of the display is at a high level. The range of colors is fully compliant with the sRGB protocol.

The new product from Apple is based on iOS 8.4. Users have the opportunity to independently update the system to version 9. After this, the interface of the device should function as smoothly as possible, because the hardware component of the described device is approximately identical to the iPhone 6.

iOS 8 has iCloud Drive (cloud storage). Browser Safari allows you to see thumbnails of running tabs. Also this version has a sidebar, which is loved by users of MAC devices.

Photos can now be stored in a cloud photo gallery. They are automatically synced with all connected iOS devices. If 5 GB of cloud space is not enough, you can buy additional 20 GB for 1 $. However, you will have to pay monthly. Editing and search capabilities are improved in the program for working with photos.

You can unlock your device with the Home or activation buttons. The running program is able to minimize by pressing the Home key. Downloading media files to the device is still possible only through the program iTunes.

The Music application contains standard functions such as track matching, random playback mode, rewind, and different sorting variations. You can mix music files by simply shaking. The equalizer has over 20 presets.

In the Video section, movies can be paused, rewound, subtitled, and switched between audio tracks. In addition, the device supports programs for fitness, which can be used to calculate the number of steps, the distance travelled and calories burned.

All the configuration parameters are collected in the Settings section. Here you can find out the size of the remaining disk space, set the time and date, work with the timer, stopwatch or calculator.

The pre-installed memory capacity varies from 16 GB to 128 GB. When choosing one or another model, you should keep in mind that it is not possible to increase the file storage with the help of memory cards, and only 5 GB of space is available in the cloud storage.

The battery capacity of the iPod Touch 7 is almost half that of the iPhone 6. It should be borne in mind that the music player does not waste battery power on connection to cellular towers. Although the results of numerous tests have shown that the battery of the multimedia player runs down 2 times faster than on the iPhone 6. In video playback mode, the battery should be enough for about 8 hours.

The iPod is a full-fledged media player, and music playback is one of its main functions.

Apple products have always been famous for high quality and clarity of sound, and iPod Touch 7 is no exception to this rule. For the most comfortable listening, it is desirable to set the “slider” volume just above average values.

The iPod Touch 7 is a kind of “ demo version of the iPhone “. If you want to buy an iPhone, but the financial budget is very limited or you want to save money, you can buy this music player, which will be a good compromise, and with a quality camera, clear display and excellent sound. 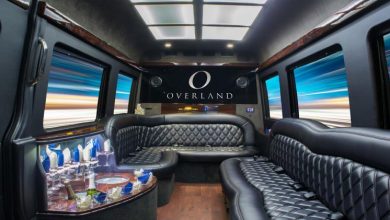 Why is it worth paying a premium for chauffeured transportation? 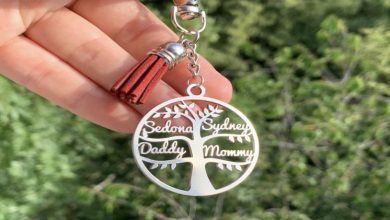 How much do Vograce custom keychains stickers charge?

Things To Consider Before Choosing The Best Quality Tarps